I’ve been having trouble sleeping the past two nights, so many emotions and anxiety have returned to fill my mind since reading the tragic story of Cooper Fales on Kidspot. He was found dead after being left to sleep in his car seat (something many of us have done in the past). The article goes on to talk about new research proving it is unsafe to allow babies to sleep in their car seats after you have finished travelling, read the full article here.

I’ve decided to share our story in the hopes that it help others and to increase awareness about the dangers of leaving young babies in car seats for long periods of time.

I remember the main reason I purchased a rear facing, reclining car capsule, it was to make it easier at school drop off’s, so I didn’t have to wake my baby when he was sleeping to get in and out of the car. I spent a lot of time researching and comparing car capsules to be sure I was getting the safest. I bought one that clipped directly into my Bugaboo stroller to make it even easier to get around with a newborn and an active three year old. I could simply unclip the seat and bring him in with me whilst I helped my daughter settle into her kindergarten routine. This is what capsules are for right?

It was the 7th June,2012 and I’d just dropped my daughter off at Kindergarten. Mason (my 10 week old baby) was crying on the drive to Kindergarten, he ALWAYS cried when we were in the car. It wasn’t easy to listen to him cry but knowing it was just a 5 minute drive seemed to make it easier. I followed my usual routine of unclipping the capsule and placing it in the pram, he always settled once we were out of the car. I had a few errands to run that morning so I secured the capsule back in the car and begun driving, trying my best to soothe my upset baby again. I sang and talked to him in the hopes it would calm the crying…this particular day nothing worked and just 5 minutes down the road his crying changed pitch, it was a sound I hadn’t heard before, he was still crying but it sounded different? I found a safe place to park so I could jump in the back seat to check on him, little did I know doing this would save his life.

Mason was red and sweaty when I removed him from his capsule, I placed him upright on my chest to see if he had some wind that needed passing, he was still crying when I lowered him to my lap. I fiddled with my maternity top to feed him and I realised he was turning blue, right before my eyes his whole body began to pale and turn blue.

I’m not sure how I managed to stay calm but I did, I knew my son needed help FAST so I called 000 immediately using my car’s bluetooth, I had unbuttoned his jumpsuit and was trying to remember all the first aid training I had done. I was prepared to start CPR.

The ambulance switchboard operator was calm and professional, and somehow I managed to stay calm too, even though at this point my baby son was completely blue all over. I asked straight away if I should start CPR or breathing for him but she said she could hear his crying and knew he must be getting some oxygen if he could still cry. I instinctively started to massage his body in the hopes it would circulate some oxygen to his tiny blue body, all the while the ambulance operator was telling me exactly where the ambulance was and I remember her telling me I should be able to hear it. It was at that moment that Mason closed his eyes and stopped crying, I panicked as I told the operator, she calmly asked me to look for signs of breathing knowing the ambulance was mere seconds away from us.

The ambulance pulled behind my car and I ran to meet them with my blue baby unconscious in my arms, I was shaking so much I was worried I would drop him or my legs would give out on me.

The paramedic told me to sit in the front seat as we’d be leaving any second…this was not actually the case, I believe he just needed space to work while they bagged my tiny baby and started breathing for him. After a few minutes another ambulance arrived with a paediatric paramedic who immediately took charge and we were on our way to Nambour hospital, a 20 minute drive, the longest journey of my life.

I called my husband from the ambulance, I was terrified of what was happening and started to think back on how hard we had fought to have this baby, too hard to have him taken from us so soon. The news didn’t sink in for him straight away, I remember him saying something along the lines that he was super busy, I remember saying “Mason isn’t breathing” and then he was on his way. I can’t imagine what was going through his head on that drive but I do know he ended up following our ambulance along the highway…that must’ve been so frightening.

I followed the paramedics and my tiny baby into the emergency resuscitation room and found 28 people waiting for us…TWENTY EIGHT! I remember counting them, I’m not sure why, I think my mind was trying not to focus on what was happening to my sweet baby boy. My husband ran into the room and immediately started crying, we held each other in silence and watched as the doctors and nurses rushed to save our son’s life. They were taking x-rays and hooking him up to oxygen trying to stabilise his breathing and heart rate. It was terrifying.

A lady approached us and gave us two seats to sit on and a cup of water, she then introduced herself as a family counsellor and informed us that she was here to make sure we had everything we needed. What happened next is something I will never forget…I got mad, I told her to go away. I knew she was there in case the worst were to happen and I refused to entertain that thought. She removed herself and waited outside the room. I still think of her from time to time, what an impossibly hard job she has.

It took some time for them to get Mason’s blood oxygen to a safe level, he was exhausted by this stage and had fallen asleep. The doctor explained that Mason had aspirated on his own vomit (he had breathed vomit into his lungs and therefore had fluid on one lung). He needed to go onto some antibiotics and perhaps be put on a ventilator if his oxygen levels didn’t improve. I was worried that the lack of oxygen may have effected his brain but the doctor reassured us, I can’t remember exactly what he said but it was something along the lines of how resilient babies are, we would have to wait to make sure his prediction was right.

The next week was spent in hospital, not much sleep was had, as I look back on the time it felt like one very long day. Mason was on oxygen for 5 days and I remember there was some talk of him going on a ventilator around day 2. One thing I do remember is how much his vitals improved whilst I was breastfeeding him, this was how we managed to avoid the ventilator. When the doctor observed his stats whilst he was feeding she agreed that he was on the path to recovery. I remember watching those monitors and seeing his heart rate and oxygen levels improve while he was feeding – it was the only time I felt relaxed. The following week we were released. As pleased as I was to be home and reunited with my daughter I missed the constant monitoring. An alarm would sound when his oxygen dipped in hospital but we didn’t have that at home, I was afraid to leave his side and couldn’t sleep unless my husband was watching him. I called our doctor and searched online for monitors we could buy and use at home, in the end the doctor talked me down. He did suggest that Mason sleep in our room until at least 6 months of age – at that point I couldn’t ever see him leaving my room…even if he was a teenager.

Why did this happen to Mason?
Mason had reflux, silent reflux and this contributed to him frequently vomiting out of his nose. Newborn babies mostly breathe through their nose until a few months of age and this was how Mason had inhaled his on vomit. The car seat and car travel exasperated his reflux, it’s a common thing for car travel to upset children who suffer from reflux.

He went on to have similar episodes of reflux in the car, we had to carry a nasal aspirator to suck the mucus from his nasal passage, we had them everywhere around the house, in the car and in my handbag! Car travel became VERY difficult for us and it took a long time before I could travel alone with him. We only travelled if it was a necessity (like travelling to doctor’s appointments) and I relied on family to help get my daughter to and from Kindergarten.

Mason was treated for his reflux for the first 12 months of his life and now he’s 3 he only gets it when we travel for long periods in the car. We are so thankful that he alive and a perfectly healthy 3 year old. 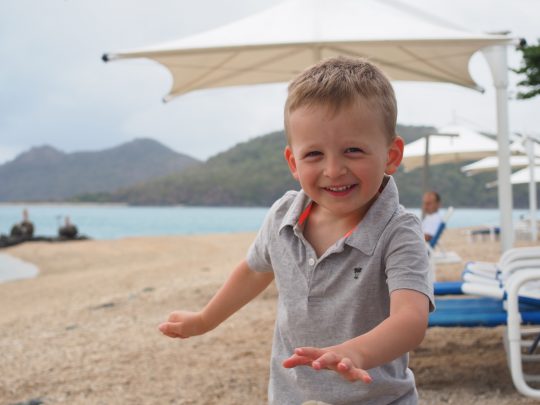 New Research –
New research into babies car seats has resulted in the recommendation that their time spent in them is limited (approximately 1 hour) and that babies should never be left to sleep in them after travel. Read more about the research here and find more information at Sids and Kids Australia.

I didn’t write this post to put unnecessary worry on mothers. I just think this new research coupled with my own experience warranted me to share it with you all.

If you have a baby with Reflux I would recommend having a look at the RISA website and forum for support and advice.

If you want to become a Fellow Fun Mum Member & receive all of our fun craft, recipes & activities as well as special offers & promotions – click the button on our home page 🙂
Oh, and why not pop over and ‘like’ us on Facebook OR perhaps Twitter is your thing. You can also find us on Pinterest & Instagram too!
We also have some fun video tutorials for you to view on our YouTube Channel. 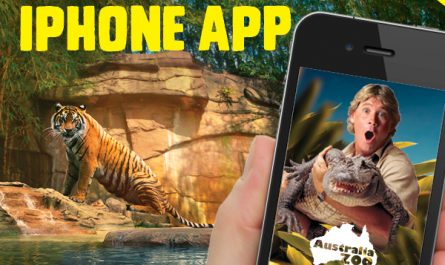 Australia Zoo launches their own App!

Etsy Made for Good Gift Guide

11 thoughts on “The day my baby nearly died in his car seat.”