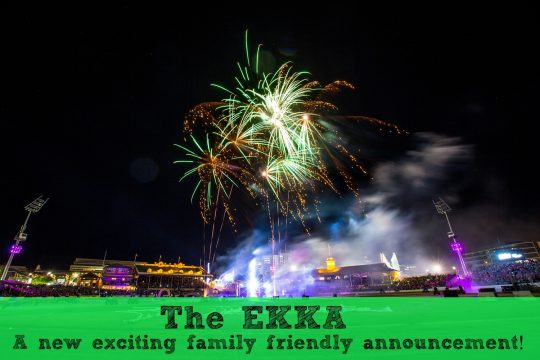 As you know, we are HUGE fans of the Ekka! You can check out our post from last year here.

This year, the Ekka is celebrating 140 years! Can you believe that?! To celebrate the Ekka has some exciting news…to thank Queensland for supporting the Ekka for the past 140 years, the RNA has announced a half price Twilight Ticket – plus a special early Children’s Fireworks presented by MG Motor at 6pm in addition to the famous night show fireworks finale at 7.40pm. This means the kids get to see the Fireworks before bed time! Yay! Two of the most popular Ekka attractions are the night show and the great food options; the new Twilight Ticket means people can come to Ekka from 6pm till late and enjoy the show for half price.

Over the past 140 years more than 30 million people have attended the show, making family traditions and childhood memories to pass down through generations. I’ve been coming to the Ekka since I was a little girl, my Dad has been coming since he was a little boy with his parents, which means, my children are the 4th generation in my family to enjoy the Ekka every year. 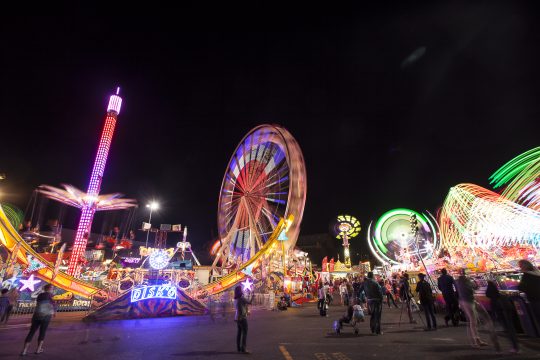 Check out a list of all the activities and action you can expect from Ekka 2017 below!

NOT ONE BUT TWO FIREWORKS SHOWS

For the first time ever the Ekka will boast two evening fireworks shows in the Main Arena each night. The Ekka is introducing a special early Children’s Fireworks presented by MG Motor at 6pm. The early fireworks show inspired by the Colours of the Great Barrier Reef will make sure everyone gets a chance to see some fireworks after a big day out at show, particularly the little ones who are often asleep before the Ekka’s major fireworks finale ends the night show each evening. The 7.40pm fireworks show will once again be a spectacular display featuring world first human stilt performers shooting pyrotechnics.

For the very first time, a Twilight Ticket is on offer for this year’s show, meaning people can enjoy Ekka for half the price of an adult ticket from 6pm until late as they watch the sun go down. For just $16 a ticket, anyone over the age of four (those under four get in free) can enter the show from 6pm – and they’re guaranteed to find plenty to do and see after dark, including:

Kids won’t have to wait up past their bedtime to see spectacular fireworks light up the Ekka sky, with an early fireworks show in the Main Arena at 6pm. Inspired by the colours of the stunning Queensland Great Barrier Reef bright coloured pyrotechnics designed especially for the show will fire high into the sky to replicate the beautiful corals. Giant kites will swim and sway effortlessly through the sky, while stilt walkers will be beautifully themed in flowing ocean costumes. 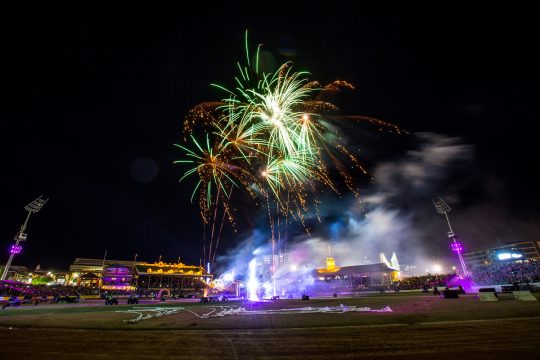 THE BEAST – IT’S A MONSTER OF A RIDE
True to its name, The Beast is the largest travelling ride in the Southern Hemisphere – it’s 25 metres tall with a swing of 45 metres high and weighs a whopping 86 tonnes. With the force of a fighter plane it swings back and forth like a pendulum, reaching speeds of 120km an hour.

Taking extreme diving to wild new heights, the Heritage Bank Western High Dive Show will see international and national professional divers make a splash from 25 metres in the air – and one will even be on fire, literally! The theatrical storyline will see four divers take giant leaps from three, 10, 15 and even 25 metre high diving boards, as they perform spectacular sky-high stunts, twisting, turning and tumbling through the air. There’s certainly no room for error, with the divers landing in a tiny tank of water just eight metres wide and 2.8 metres deep – half the size of a professional diving pool.

The world’s best extreme pogo demo crew are bouncing over from the USA and will reach new heights as they fly through the air and even jump a vehicle. For the first time at Ekka, the Xpogo Stunt Team featuring championship pro athletes Michael Mena, Anthony Staubs and Nicholas McClintock, will throw down flips and incredible tricks – all on extreme pogo sticks. With 10,000 performances across 24 countries and 14 Guinness World Records under their belts, don’t miss the Xpogo Stunt Team.

For the very first time at Ekka, six of Australia’s most beautiful bird species will take flight as they soar across the audience and show off their unique personalities. The crowd will watch on in awe as these stunning birds, including the endangered Red-tailed Black Cockatoo, free-fly right above their heads to take centre stage.

Australia’s favourite mischievous twins, B1 and B2, will be coming down the stairs and onto the stage at Ekka for the very first time. The show will feature songs from their iconic Australian TV series and some fun dance routines which the kids can follow along with. Since hitting Australian TV screens 25 years ago, Bananas in Pyjamas has been a phenomenal success and is now loved by children in more than 135 countries.

From the farm to an Ekka first dual runway, this iconic fashion event will celebrate all things natural this year with a ‘Back to Nature’ theme, while introducing a new Speaker Series and Natural Fibres Market.

From Queensland-grown wool and cotton to fashion favourites leather, bamboo and silk, the parades directed by Laura Churchill feature 27 established, emerging and regional designers for one fabulous display of style.

The revived Community Stage presented by Colorbond Steel is returning to Ekka after a two year hiatus and it will take up residence in the growing precinct at The Old Museum. Themed ‘Dancing in the Garden,’ the stage will give dance schools and community groups the chance to showcase their talents in front of an audience, while providing a platform for plenty of interesting gardening demonstrations and talks.

The newly named Agricultural Education Hall features more educational activities for children than ever before, including the new Field to Fork interactive rural journey where kids will discover how their food gets from the field to their fork. In order of the agricultural cycle – composting, soil analysis, growing and planting, harvesting and processing – they’ll take part in activities such as grinding grains into flour and then using the flour to bake healthy muffins.

We hope we see you there this year! For more information head to the Ekka website here.

If you want to become a Fellow Fun Mum Member & receive all of our fun craft, recipes & activities as well as special offers & promotions – click the button on our home page 🙂
Oh, and why not pop over and ‘like’ us on Facebook OR perhaps Twitter is your thing. You can also find us on Pinterest & Instagram too!
We also have some fun video tutorials for you to view on our YouTube Channel. 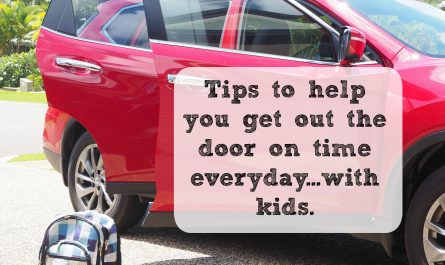 How to get out the door on time everyday…with kids! 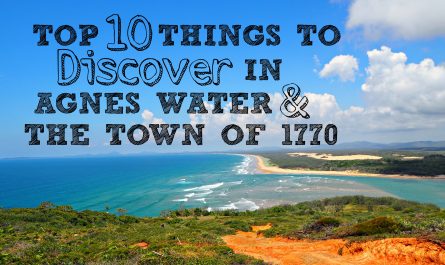 Why Agnes Water and The Town Of 1770 is the perfect place for a family holiday!