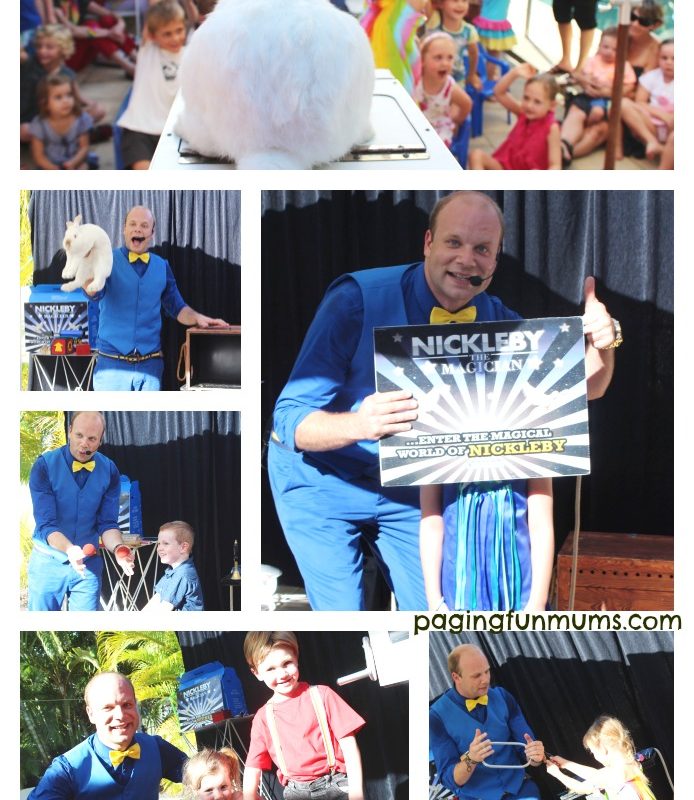 The Magic that is Nickleby the Magician!

I can safely say that I have never seen a more fantastic Magician…and we got to see him at our house! I was so super excited (in fact, I’m almost positive that I was more excited to meet the lovely Nickleby than the kids!).

He ‘appeared’ at my little girl’s 3rd Birthday Party – which was a Rainbow Party theme…there is no-one more vibrant, bright and colourful as Nickleby so of course he had to be there to help us celebrate!

He arrived and quickly assembled his amazing set and then switched on his ‘Magic’. Nickleby The Magician was a barrel of laughs and gave us a fun filled, jaw dropping show that had the kids enthralled…not to mention the adults! There truly was non stop laughter throughout his entire 45 minute show!

I have to commend him too – when he arrived in his 3 piece suit, the temperature gauge hit about 32 degrees! He was such a professional, didn’t complain and despite the heat, still managed to have an incredible sense of humour!

There were so many fun elements to Nickleby’s show! He had a photo of a dove which magically turned into the real thing….that’s right, a real dove!

He managed an escape trick… He put a rod through my husband’s neck!

AND made water come out of my son’s elbow! After the show, Nickleby allowed the kids to meet ‘Fluffy Bum’! The kids all lined up and got to pat & snap photos with Nickleby and Fluffy Bum! They were thrilled!

I cannot speak highly enough of Nickleby! Everyone was so entertained and EVERYONE made sure they told me how much they enjoyed him…with some comments such as “That’s the best magic show I’ve ever seen”, “I can’t believe the kids sat still for that long”, “I couldn’t stop laughing”, “I’m booking him for my next party” and “Thank you for such great entertainment”.

My little Miss A completely enjoyed the show and it truly and utterly wouldn’t be anywhere near as FUN without our new friend Nickleby!

If you’d like to book Nickleby The Magician to make your next child’s party an AMAZING one then head here for all of the booking details, you will not be disappointed! Check out this video to watch a very cool Youtube Clip of Nickleby and his super fun antics too! 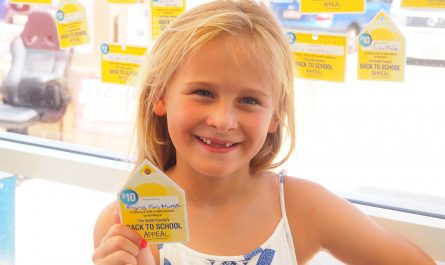 Officeworks Back to School Appeal 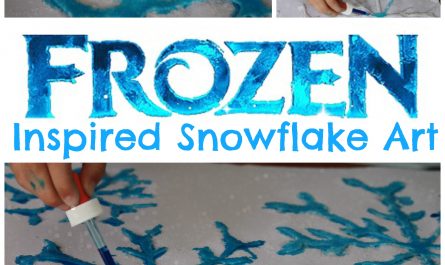 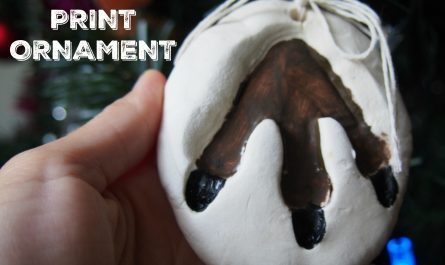