How to make the coolest Robot Costume Ever!
Skip to content
June 18, 2020 My son was ‘nuts’ for a Robot Party, so I ‘bolt’-ed into action and got cracking on a costume for him to wear on the invitation and at the party. The best part about this costumes is that it is reasonably inexpensive to make – using mostly recycled parts!

1 smaller box for the head

A slinky (I found mine at my toystore)

Computer parts (I went to the local recycling centre and they had hundreds to choose from!) For the hat/robot head. I took my box and glued the slinky to the top – attaching one end to one side and the other end to the other side. I then glued on the two spray paint lids to each side of the box. I then glued on 5 milk container caps along the top front of the box and add a large circular button to the front middle (I found this at the recycling centre but I have no idea what is was used for?).

I then sprayed the whole thing with the silver spray paint and let it dry, giving it a second coat of the paint a few hours later. Whilst I was spraying the head, I spray painted 4 bottle caps and the two soft drink bottles for the body to use later. I made sure one end of the box was left open and cut all of the flaps off using the box cutter/stanley knife. For the other end, I taped it up with masking tape to make sure it was sturdy.

Then using the box cutter/stanley knife, I (got my husband to) cut two circles in the sides of the box for the armholes & one in the top for the head to go.

I then measured how much Flexible duct I would need for each ‘limb’ by putting Master L’s arms and legs through each section and cut it off using the box cutter (after it was taken off of him of course).

The duct for the legs can just be slipped over a pair of pants and stay up quite well without any reinforcement.

I then went to work glueing on all of my buttons, gauges & computer parts. (I actually printed out my gauges & then laminated them to protect them from any spills etc but this is not a necessity).

You will notice that I mounted two of the round gauges onto a CD which I also mounted on a bottle cap to give it some dimension.

The shoes were easy, I simply wrapped the shoes he was wearing in alfoil/tin foil! I then glued on the two painted soft drink bottles to the back of the robot body to look like ‘jets’ and added another little gauge aswell. Using a make up sponge I carefully applied the face paint to Master L’s face. He thought this was pretty cool….”it tickles, it tickles”. Too cute!

And there you have it, your own DIY Robot Costume! I also made some other Robot Heads for the kids to try on for Master L’s party, you can check them out and all of the other Robot Party details here. 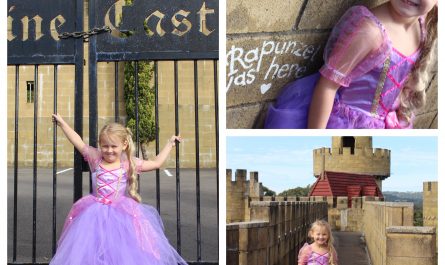 Take your Daughter’s Favourite Princess Dress to the next level! 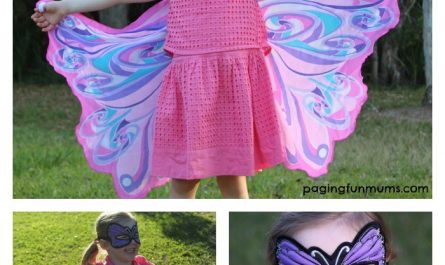 Beautiful fabric wing and mask sets! The perfect addition to your dress up collection! 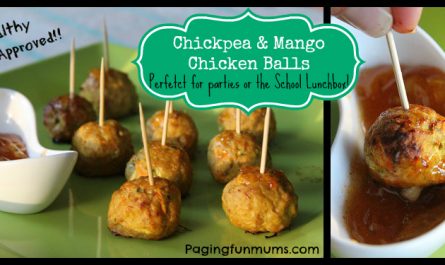 20 thoughts on “How to make the coolest Robot Costume Ever!”