The inspiration for this came from my last trip to ‘Spotlight’ when I came across this awesome fabric on SALE! I thought it would look great as on a canvas as decor in my sons room. I remembered I still had some battery operated LED Christmas lights stored at home 1+ 1 = cool Glowing Galaxy Canvas!!

Of course I couldn’t make one for Mason and not for Mikayla – I also purchased some nice butterfly fabric to make a girly firefly one…’watch this space’ for that blog ;).

Start by gently stretching the fabric over the canvas and securing at the back around the wooden frame with a nail gun or thumb tacks – Nail gun is A LOT easier if you can beg, borrow or steal one  ;). Then trim off any extra fabric.

I stencilled and cut the lettering “Mason” out of red cardstock. Brushed one layer of Mod Podge on and positioned each letter before coating the canvas all over again. I did two more coats of Mod Podge to secure and seal the cardstock ‘name’ to the fabric canvas.

Once the Mod Podge was dry I held the canvas up to the light and attached medium glue dots behind 20 ‘stars’ (one for each fairy light).

It was then a matter of securing each light behind the 20 stars.

Then you can hang your canvas and light it up :). The blue light works perfectly as a nightlight giving a nice gentle glow. I hung ours next to the bookshelf where I have placed the battery pack so I can easily switch it on and off. You could easily tuck it under and secure it to the frame using a glue dot if you don’t have anywhere to sit it. 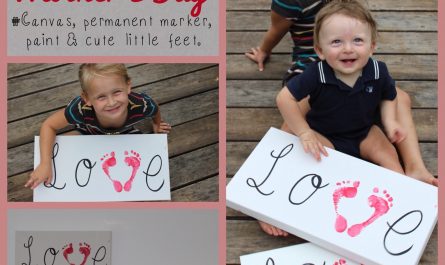 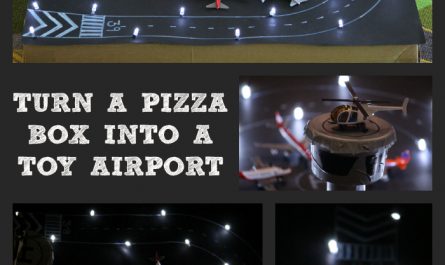 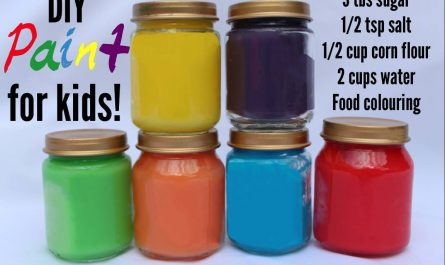 DIY Paint – Made from household ingredients